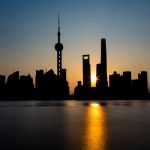 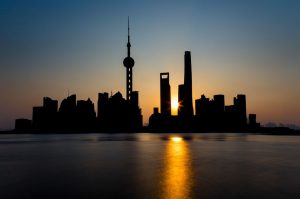 The number of blockchain-related projects has been on the rise for the past couple of years, with new ICOs popping up on a daily basis. The numbers speak for themselves, as 871 ICOs have raised over $6 billion during 2017. Compare that to just 29 ICOs raising $90 million in 2016.

Expectedly, the stats keep on growing this year as well, as there have been 780 ICOs already, with more than half a year still ahead of us. They have managed to raise over $5 billion already, with January and February being the most fruitful months in terms of attracting investment so far, as the crypto markets have dipped dramatically since then.

However, the troubles of ICOs have been well documented, with many of them failing to deliver on their promises or even scamming their investors and disappearing with their money. A recent report by the Chinese government claims that since the invention of distributed ledger technology a decade ago, there have been approximately 80,000 blockchain-related projects launched globally.

The study, conducted by the China Academy of Information and Communications Technology (CAICT) found that only 8% of them are still active right now. On average, the 92% of the projects that were abandoned, lived for around 1.22 years, which roughly translates to 15 months.

Admittedly, the report does not capture every blockchain project ever launched and it is reasonable to expect that with increased regulatory attention towards ICOs, the success rate should be higher further down the road.

Increased scrutiny from the regulators should result in weeding out most bad actors from the crypto sphere, which often look for financial benefits, instead of developing a product and keeping promises to their investors.

That is exactly what’s needed according to He Baohong, one of the researchers behind the report, who claimed that, “These projects came out very quickly, but die quickly as well. In this circumstance, governments globally are accelerating their efforts to establish unified standards in order to help blockchain projects to achieve real-life applications.“

He went on to add that, “We have established verifiable blockchain programs in China, and nearly 200 private enterprises have expressed interests to join. This will help blockchain technology and industry to become more transparent and open.“

The CAICT report also included top 10 global blockchain industry trends. Among them, two major trends were particularly noticeable – increasing integration of the data flow and the accelerated pace of the digital assets. This gives renewed optimism for the emerging industry, which has been going through a slump recently.

The post The Average Lifespan of a Blockchain Project is 15 Months, According to a Chinese Report appeared first on Toshi Times.