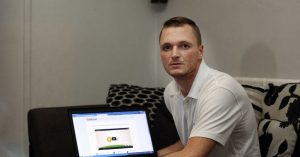 James Howells, a 32-year-old IT specialist, who has recently made the switch to work on cryptocurrencies full time, told apparently lost more than $60m worth of BTC back in 2009. What is more, Mr. Howells knows where the fortune is located but unfortunately is not able to do anything to retrieve it.

Bitcoin first surfaced in 2009, during a post-crisis period. Back then, only very few have heard about blockchain and cryptocurrencies, let alone invested into them. One BTC cost less than a dollar and the hash power of bitcoin was extremely low due to the lack of miners.

Thus, Mr. Howells managed to mine an eye-watering 7500 BTC in just one week, using a basic GPU unit. Sounds too good to be true? Well, unfortunately, things turned out for the worse further down the road as the price of BTC spiked rapidly.

“I mined more than 7500 coins over one week’s time in 2009; there were just six of us doing it at the time, and it was like the early days of a gold rush“, claimed the crypto investor. “Four years later, I had two hard drives in a desk drawer. One was empty and the other contained my bitcoin private keys. I meant to throw away the empty drive — and I accidentally threw away the one with the bitcoin information.”

Mr. Howells did not realize his loss for quite some time. However, he admitted feeling physically sick after the shock hit him. “I looked up the price, did the calculation … and thought, ‘S**t. [My investment is] worth around $2 or $3 million.’ A few months later it was worth $9.9 million. I was annoyed, pissed off, sick. I spoke to the people at the landfill and told them that I threw away a hard drive worth $10 million. They looked at me stupidly.”

The hard drive, containing the crypto fortune, was thrown away in 2013 into a local landfill site in Newport, South Wales. Howells tried to contact Newport City Council asking permission to organize a recovery effort but was denied due to potential environmental risks. Five years’ worth of garbage has been dumped into the site since then and reportedly 50,000 tons of waste are added into the landfill every year.

A recent study, carried out by Chainalysis, found that potentially 3.79m BTC are permanently gone due to their owners losing security keys, hard drives, etc. and can no longer be retrieved. 3.79m adds up to over 18% of bitcoin maximum supply, which is finite. Having this in mind, the price of BTC should be 18% higher than it is now.

Some even believe that the anonymous bitcoin creator Satoshi Nakamoto might have lost his security key, while another theory claims he committed suicide and did not leave the key behind. While such conspiracy theories do not sound plausible, Chainalysis’ Kim Grauer claims that, “None of the [1 million] coins he mined have moved. It’s odd that they have not been cashed out.“

Whatever the case, Mr. Howells has offered the town of Newport 10% of his bitcoin fortune in exchange for the permission to excavate the landfill. So far, he has been denied.

The post Meet the Man Who Lost More Than $60m in Bitcoin and Never Got it Back appeared first on Toshi Times.