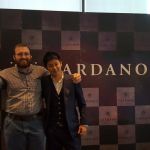 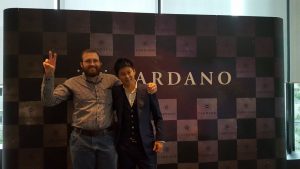 Cardano, the computing platform running the blockchain for the ADA cryptocurrency, has just issued an update bringing Cardano to version 1.2. This latest release brings a series of new features and improved functionality, as well as improved optimization. This update is a considerable release, considering that Cardano is ranked as the world’s seventh largest cryptocurrency by market capitalization. This comes following recent Twitter statements by Cardano’s CEO Charles Hoskinson regarding what he calls a ”news blackout” of Cardano.

Another example of the coindesk blackout of cardano https://t.co/RxJHoeVJlD iohk has been working for over a year on this topic with papers and numerous videos including collaborations with researchers from Oxford and Lancaster. Never once mentioned. #cardanoblackout

The release proposal for Cardano 1.2 was officially accepted by the mainnet at 00:20 AM ATC this Tuesday. The Cardano cryptocurrency community has reportedly been eagerly waiting for this latest Cardano update, which brought a myriad of different changes. A full changelog has also been published by Cardano. However, some of the more notable changes include the ”development and execution of benchmarking tools for the wallet V0 API”, as well as a fix for cryptocurrency balance discrepancy by Bittrex, an improved method of mempool in the Cardano wallet backend. Moreover, the 1.2 update brings asynchronous restoration of wallets, sorting and filtering out capabilities of the wallet V1 API, implementation of new V1 API endpoints, and adding exchange-required endpoints to the V1 API.

In addition to this, the new release has reportedly solved several bugs previously plaguing the system. The so-called ”Daedalus issue”, where it remained at a screen saying ”connecting to network”, should also be solved in this new update, as well as the creation and backup of a Daedalus Cardano wallet. This might all seem a tad technical, but the general gist of it is that the Cardano network should work far better and smoother following the latest update. Nonetheless, Charles Hoskinson, the CEO of Input Output Hong Kong (IOHK), the company behind Cardano, has stated that work has already begun on Cardano 1.3.

So you know what we are going to do now that cardano 1.2 is out? Start getting Cardano 1.3 ready for QA. That boulder ain't going to push itself up the hill!

Notably, Hoskinson has been vocal on his Twitter account regarding what he has referred to as a ”news blackout” from several cryptocurrency news outlets regarding general news and updates pertaining to the Cardano platform and the ADA cryptocurrency. It is unclear whether Hoskinson’s accusations hold any real credence or not, but all cryptocurrencies should be reported on without any bias or agenda in order to further the understanding of them and general awareness and adoption. This latest update is a welcome one, as it brings more functionality and stability to the Cardano platform which underpins the world’s seventh largest cryptocurrency. It remains to see what further updates are in the pipeline over at IOHK.