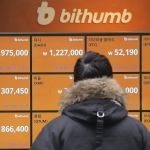 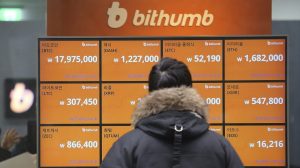 The biggest Korean cryptocurrency exchange Bithumb, has announced it will cease to offer its services for residents of 11 countries, citing security and money laundering concerns.

The undesirable territories include Bosnia and Herzegovina, Ethiopia, Syria, Iran, Iraq, North Korea, Sri Lanka, Trinidad and Tobago, Tunisia, Vanuatu and Yemen. These countries have been labeled as high risk by the Non-Cooperative Countries and Territories (NCCT) initiative, which has determined they are not doing enough to prevent money laundering, terrorist financing and other threats within their borders.

The ban is a part of a broader effort by Bithumb to protect its transparency and weed out fraudsters and other bad actors from its client ranks. It has come into immediate effect, with the exchange refusing to accept new users from the said countries from May 27th and onwards. Existing users from the NCCT countries have until June 21st to withdraw their funds as their accounts will be disabled then.

Bithumb is the 5th-largest digital asset exchange globally per data from CoinMarketCap, with its 24-hour trading volume exceeding $460m at press time.

According to the official spokesperson of the exchange, “The Bithumb team will voluntarily impose strict policies and cooperate closely with local financial authorities to increase the transparency in the cryptocurrency market and protect investors. With progressive voluntary policies, Bithumb will improve the global standard of cryptocurrency exchanges.“

The ban seems at least partially influenced by the recent events in Japan. Earlier this month reports have surfaced that Yakuza gangs have laundered hundreds of millions of USD, using the anonymous Zcash, Dash, and Monero cryptocurrencies.

Following the revelation, Japanese government formally requested the country’s exchanges to delist the privacy-oriented tokens. Although it must be said that only Monero can be classified as the truly anonymous virtual currency, since the majority of Zcash transactions are actually public, while privacy is offered as an additional feature on Dash.

There has also been significant pressure from South Korean authorities to implement additional security measures. The recently established Korea Blockchain Association recommended a number of know-your-customer measures in order to enhance transparency within the crypto industry. Additional rules to prevent market manipulation have also been introduced.

While technically they were recommendations, which means implementing them was not mandatory, it seems the exchanges had no other choice but to comply as they would face increased regulatory scrutiny otherwise. Even now, major exchanges will still be evaluated on a constant basis. Bithumb added that mobile ID verification process for international users will be implemented shortly.