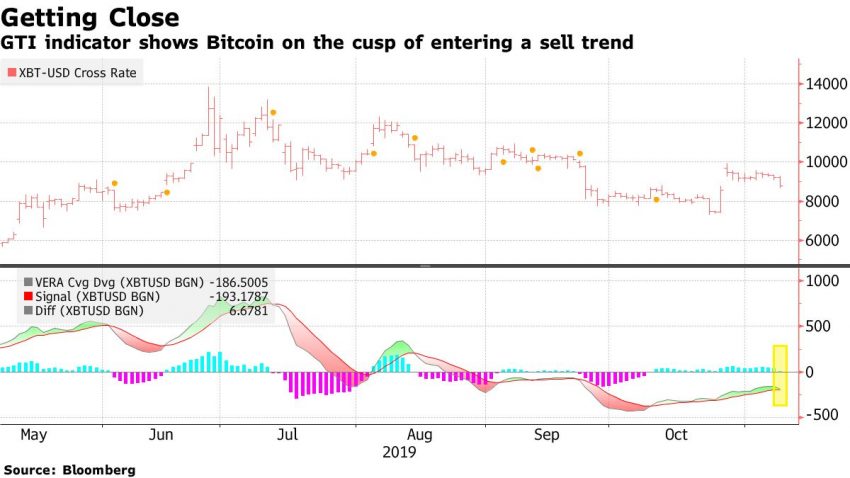 On Friday, the Bitcoin (BTC) market took a turn for the worst. The leading cryptocurrency, as reported by this outlet, tanked from $9,250 to $8,700 in a number of hours, with bulls running out of steam.

While the bearish pressure has stopped, with Bitcoin finding some support at $8,850 as the short-term downtrend has ended, analysts have asserted that the cryptocurrency market remains on thin ice. They claim that it may only be a matter of time before bears push the crypto to the low-$8,000s, and maybe even lower.

Popular Twitter analyst Neko recently observed that Bitcoin’s short-term four-hour candle chart remains rather bearish. In a recent tweet, he remarked that Bitcoin’s “bullish volume looks extremely weak” and that BTC has broken crucial support at $9,000, implying a drop further. He added that with Mondays typically being “bloody,” a drop to the $8,000 region is entirely possible.

Still not liking the price action with $XBT.

– Bloody Mondays are typical, which would coincide with this further drop

– HTF I am still bearish, not as much as before but still bearisih pic.twitter.com/hp6l6VyTWF

Neko isn’t the only analyst expecting more pain to be seen. Bloomberg reported that a strong bearish continuation is likely in the works in an article entitled “Bitcoin’s Break Below $9,000 Risks Erasing Xi-Inspired Rally,” Bloomberg wrote in reference to the chart below:

The GTI Vera Convergence Divergence Indicator shows a narrowing gap between the signal and vera lines, which suggests a trend change may be on the horizon. If this occurs, the largest digital currency could retest the lows seen before its rampant run following comments by China’s President Xi Jinping in October. 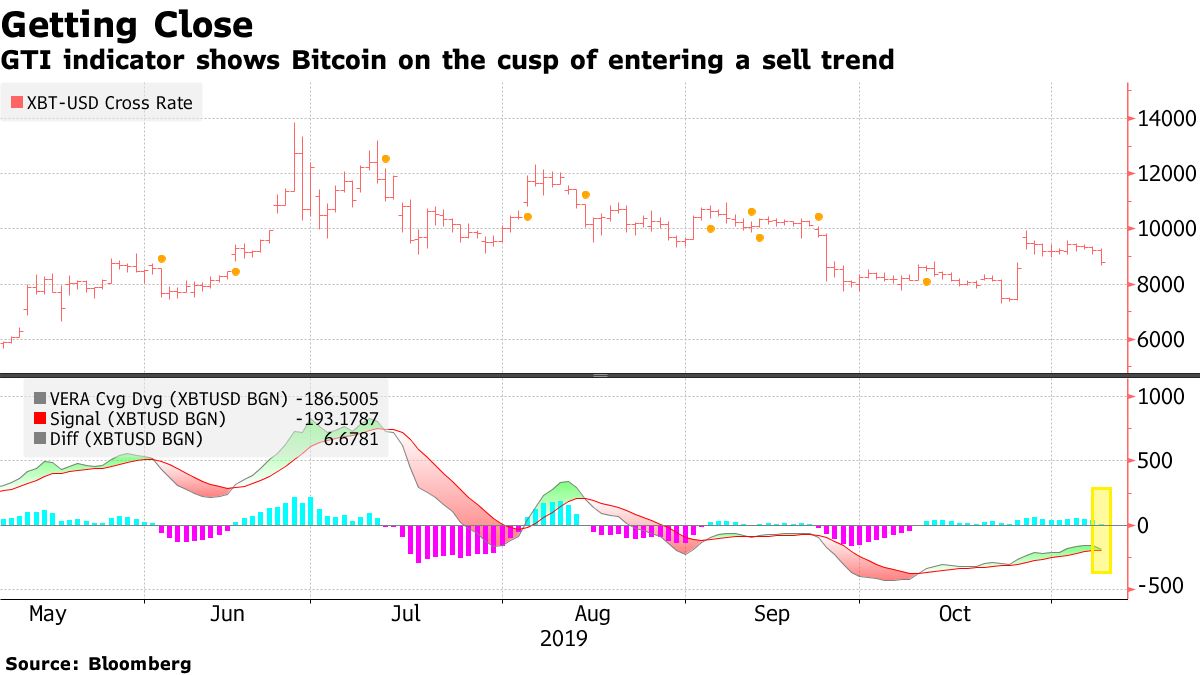 In other words, if a change in bull trend takes place, BTC is likely to fall to $7,300 once again, which is where Bitcoin was trading prior to Chinese leader President Xi lauding blockchain in a political setting.

Peter Schiff, a prominent gold bug, has thrown his weight behind this sentiment. After Friday’s drop, Schiff wrote that “it looks like the Bitcoin pump is finally over,” before adding that we should “get ready for the dump.” Schiff didn’t stop there. He later wrote that “Bitcoin is never going to hit $100,000,” seemingly in a bid to quash the hopes and dreams of industry hopefuls.

While Schiff didn’t explain his rationale in this latest tweet, he has been quoted as saying that BTC is an unreliable store of value and an improper investment, especially when pitted against precious metals.