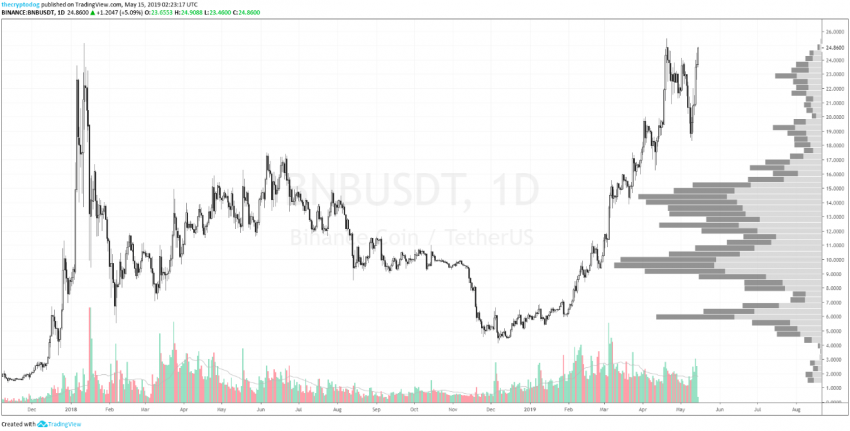 With Bitcoin [BTC] and top altcoins making news headlines, a surprise coin could be on the verge of an imminent breakthrough. Binance Coin [BNB], the native token of the largest exchange in the world, is pegged to reach greater heights in the coming days.

The only cryptocurrency in the market to surge above its all-time-high, Binance Coin can be blessed by Bitcoin hodlers following the exchange’s resumption of withdrawals and deposits. Binance is currently in the middle of a “system upgrade,” which according to Changpeng Zhao, is “on track so far.”

Last week, the exchange suffered a hack of over $40 million, sending the native token into a downward spiral. Following the hack, the exchange suspended withdrawal and deposit functions which were set to resume on May 14. However, trading was suspended due to the system maintenance concerns.

The Crypto Dog, a prominent cryptocurrency influencer on Twitter, stated that BNB is on the brink of reaching “new all time highs,” following this update. He tweeted,

“I think $BNB is going to enter price discovery (new all time highs) in the next 24 hours.” 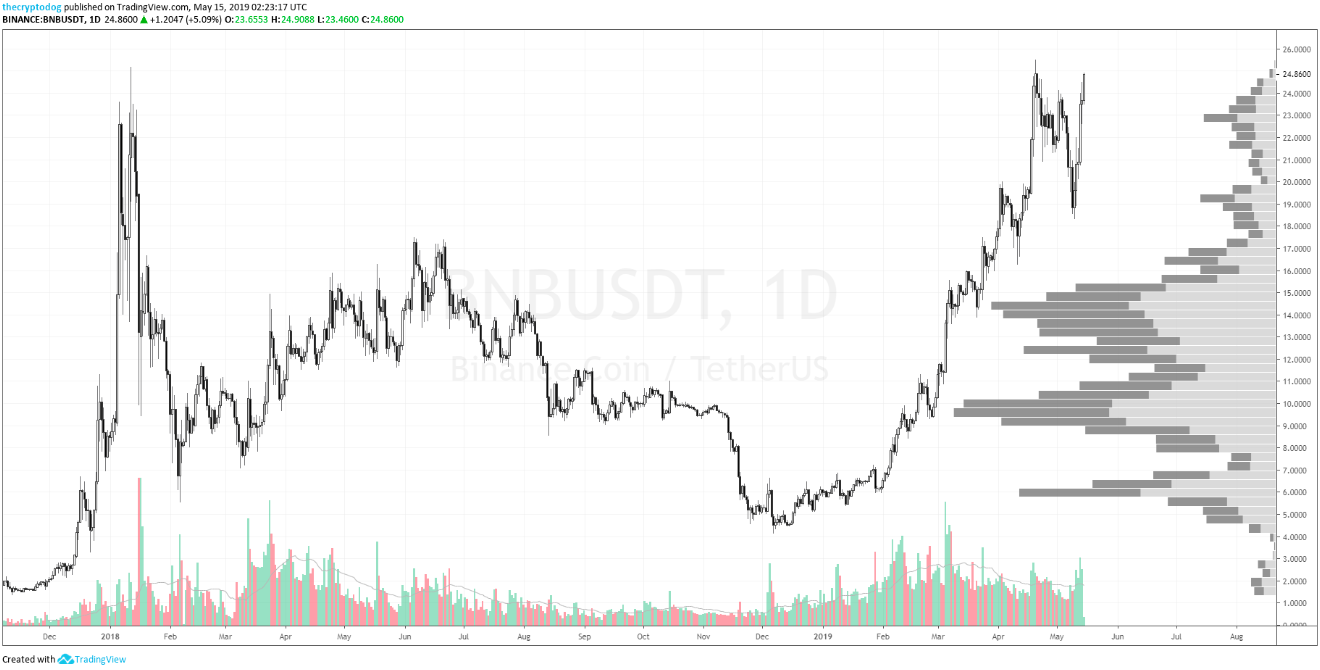 Given that it is over a week since the exchange halted activity, and the fact that Bitcoin has only surged since then, many anxious hodlers, according to many, will thank the exchange by purchasing Binance Coin.

One of the reasons for this expected BNB price rise is based on the blessing of Bitcoin hodlers. With the king coin locked in the exchange for a week, some analysts expect investors to purchase Binance Coins with their gains over other altcoins.

The above would be in addition to the enhanced security of Binance, adding to the price push that would inevitably be given to its native token.

“Everyone’s $BTC is now worth $2500ish more than the day of the hack. What will they buy first when they send funds over…….oh! $BNB to buy floored alts that have been off limits for a week.”

Additionally, Binance’s token sale platform, Binance Launchpad, will see the Harmony Protocol token sale go live, with metrics for the same being announced on May 15, based on the lottery system. Given that this system requires participants to hold BNB, the price of the token would rise, as historical price movements indicate.

The post Binance Coin [BNB] speculated to go on massive rally as parent exchange is set to resume trading appeared first on AMBCrypto.